The Thank You School campaign generated more than 23,000 praises for teachers and increased the brand awareness of the publisher.

Studeo is a publisher of e-learning materials formerly known as Tablet school. Kaimana had previously implemented a comprehensive brand reform for Studeo. Once the brand’s foundation was cast, it was time to start marketing. Based on a simple insight, the successful Thank You School campaign was born.

The brand research highlighted the need to raise awareness inside and outside the school world.

There is enough to thank in school, even if we sometimes forget it. The corona pandemic made many realize how important work is being done in schools. We decided to launch a campaign highlighting the topics of praise that the school and its people deserve. 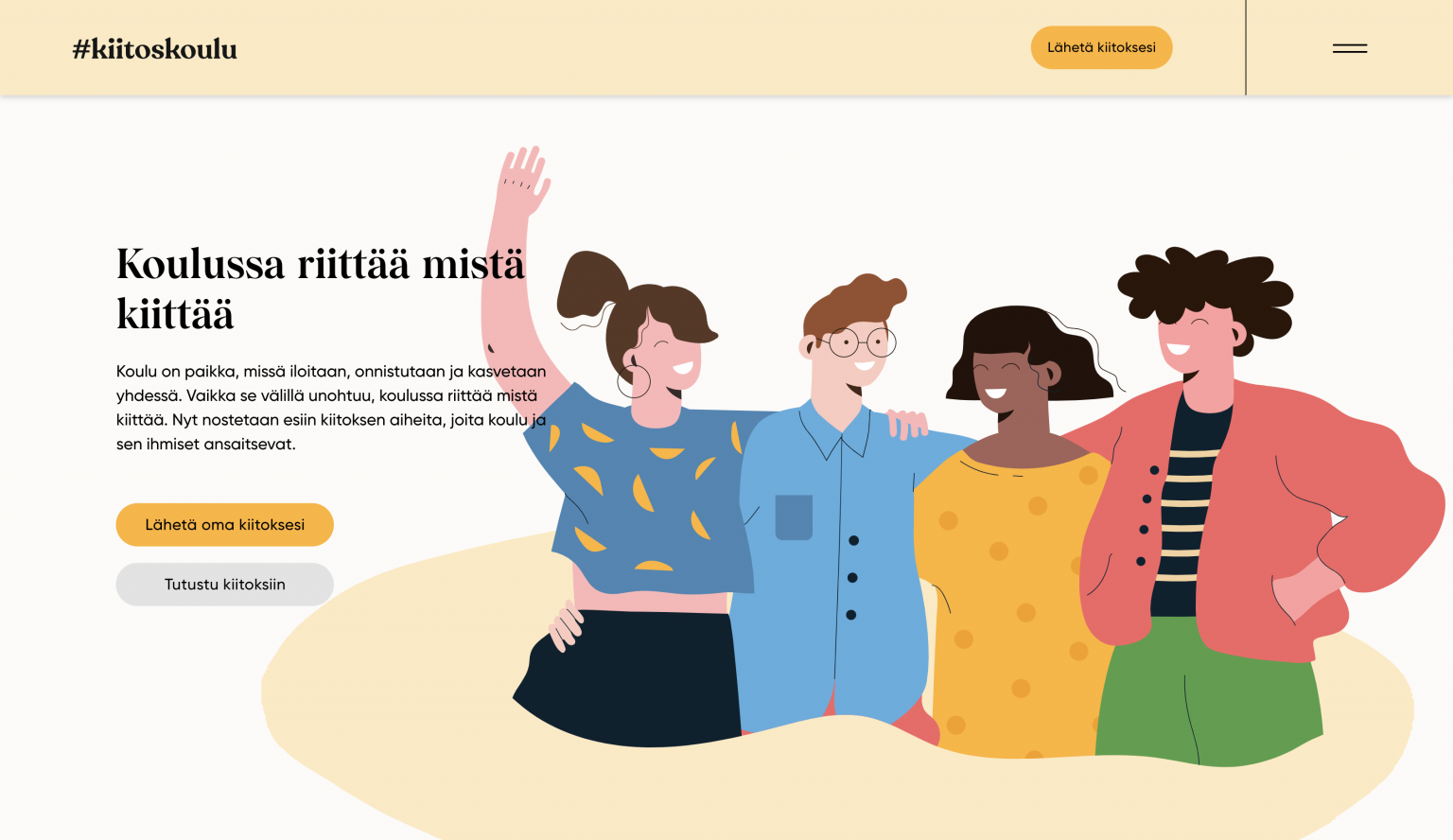 The Thank You School campaign was launched with an artificial intelligence study analyzing 280,000 tweets. The analysis was used to identify negative and positive themes that spoke to the school world.

We brought the data to the Kiitoskoulu.fi website designed by Kaimana, where anyone could visit to express their gratitude to, for example, the entire school system, a particular school, a teacher, or even their best friend. The thanks were posted on the campaign website and passed on to the schools. We added a positive twist with a Thank You button attached to Studeo’s learning platform, through which students can pass on thanks to the teacher.

We did systematic and wide-ranging advertising and communication for the campaign, reaching a large audience from Studeo’s core target group.

The Thank You School campaign found its way into people’s hearts and garnered a whopping 23,510 praises. The Kiitoskoulu.fi website attracted 35,830 unique visitors. They thanked 1,130 times and liked others’ thank yous 3,267 times.

The Thank You button earned 22,380 praise for 2,343 teachers in 539 schools. Teachers were most praised for their interesting lessons, fairness, and helpfulness.

There were 32 media hits – more than Studeo had received in its entire history. Potential reach was 12,3 millions and AVE 113,600 euros (Meltwater).

The Thank You School campaign was a good one at a time when there was a great demand for it on both a social and human level. People are grateful for the school and its people, but heartfelt thoughts are often left unsaid. When we offered an easy start for thanksgiving, the debt of gratitude was discharged. Kiitoskoulu.fi and the Thank you button collected 23,510 accolades and received a smile at least as many times on the recipient’s lips. Could a brand create a more emotional bond with its target audience than this?